What on Earth is an NFT? 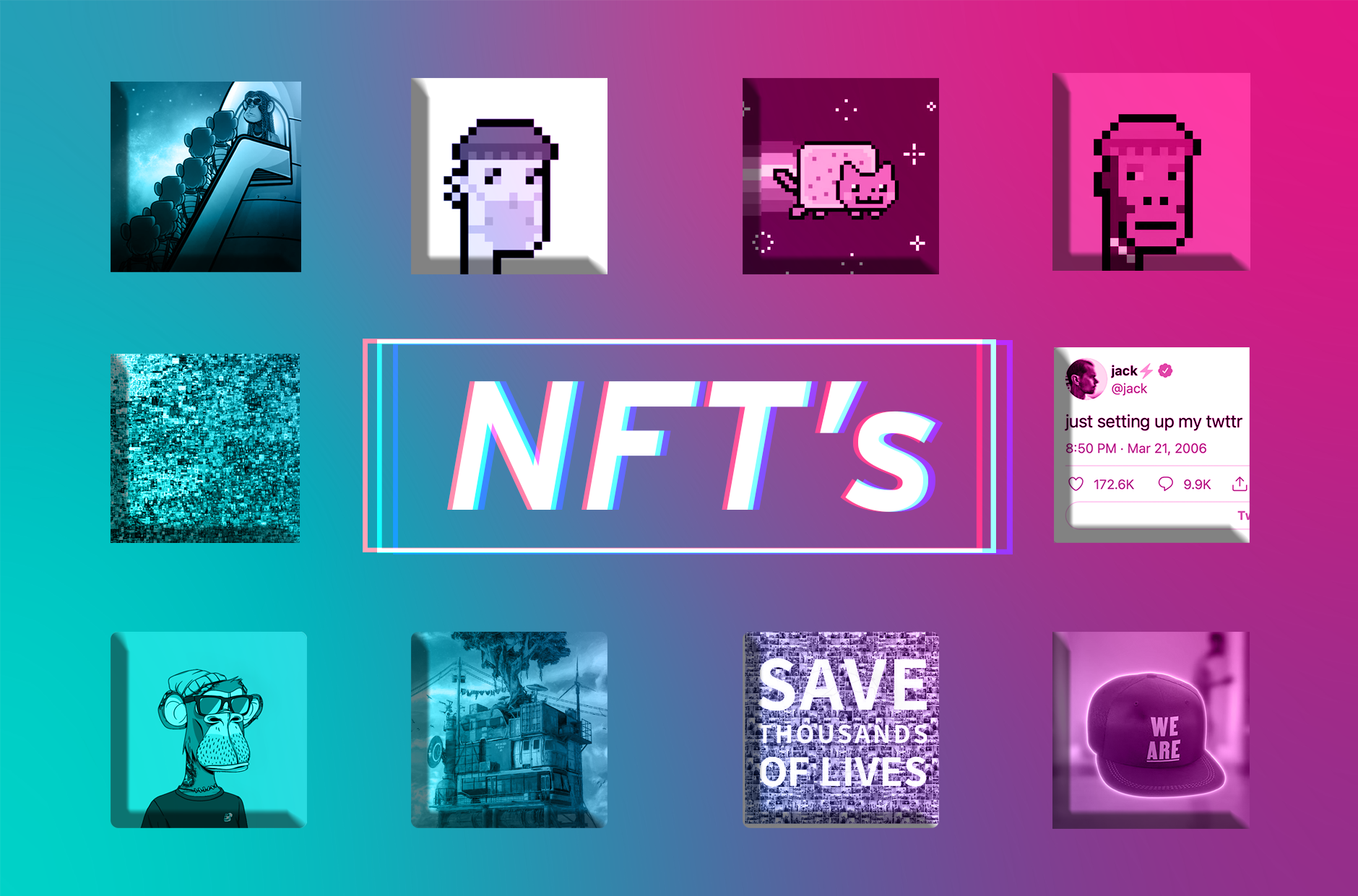 What on Earth is an NFT?

Its official! Non-fungible tokens, or NFT’s as they are more commonly known, are the latest cryptocurrency craze. It is reported that collectively, people spent an astounding $10.7 Billion on them in Q3 2021, which is a significant rise from their Q2 figures. With the announcement of Mark Zuckerberg’s proposed Metaverse, these figures look set to keep increasing.

If you are one of many people struggling to understand the concept of NFT’s or wondering what the metaverse has to do with them, we’re here to break it down for you!

An NFT is a digital asset, and a digital asset could be almost anything. Digital artwork, virtual clothing items, and memes are all popular examples. Earlier this year, the most expensive NFT thus far, digital artwork by artist Beeple, sold for a whopping $69 million – and this was sold in the form of a solitary jpeg file. The artwork, titled “Everydays: The First 5000 days”, features a collection of some of Beeple’s work, all combined into one. Though the artwork is remarkable, it begs the question: why would anyone pay so much money for something you could simply save to your desktop?

First, you must understand that NFT’s differ from any other kind of cryptocurrency, because they are truly unique and hold their own value. Non-fungible literally means irreplaceable and non-interchangeable. You can trade a Charizard with a Pikachu, but do they truly hold the same value? Or does the value differ depending on who owns it?

Bitcoin, however, is in fact a fungible cryptocurrency, meaning it is mutually interchangeable and can be replaced. One Bitcoin will always be equal to another Bitcoin.

In February, an NFT of the beloved Nyan Cat meme of 2011 was purchased for 300 ETH (approximately $590,000). NFT ruling suggests that there can only be one original Nyan Cat. This version of Nyan Cat, the original, is deemed to have its own unique worth; it is the cat that conquered 2011’s internet after all. The duplicate files found on Google images, on the other hand, are seen as virtually worthless – anyone has access to them, and they are considered insignificant.

The concept of NFT’s relies heavily on ownership. Think about when you purchase a signed football shirt for example. If you wanted to pay big bucks for a signed Cristiano Ronaldo shirt, you would also want evidence that the signature is genuine in the form of a photo or a certificate of authenticity. NFT’s are no different. With NFT’s, this information is recorded inside the blockchain. Blockchain technology guarantees there can be only one original asset and ensures no one can adjust the record of ownership.

Meta’s reveal video shows a hypothetical concert afterparty in the Metaverse. Two avatars approach a screen which is entitled “NFTs and Visual Merch”. They swipe through merchandise, before selecting two clothing items. This could be a common eventuality in the future – buying NFT’s to flaunt at your friends. That’s right, your Post Malone hoodie could soon become a digital asset. We are already seeing this type of trajectory in video games like Fortnite, where users can buy NFT’s for their character. Zuckerberg is proposing an augmented reality where you can do exactly this, for your own avatar. NFT’s obviously stretch far beyond just clothing items however – perhaps the consumer who bought the Beeple artwork will save a spot on their wall?

We could soon exist in a reality where these digital assets become part of our everyday lives. Some people expect the Metaverse to gradually replace the modern internet, and consequently the Metaverse could also become the new social media. Instead of meeting someone and asking for their Instagram, could you end up accessing their NFT’s, and therefore viewing their interests and collectables?

After all, the Metaverse is designed to enable people to connect and share experiences. It does sound familiar, right?